Paul was the son of Rev. Dr. Edward and Irene Lochstampfor of Rouzerville, PA.  He was a graduate of Brockton High School and held a business degree from Franklin University, Columbus, OH and was a graduate of the Maryland Statewide Mortuary Science Program at Catonsville, Maryland.  He had done continuing educational studies at West Chester State University, Eastern University and University of Massachusetts, Boston.  He served his Pennsylvania student residence at the Boyd Funeral Home, Inc., West Chester and his internship a the Schneider Funeral Home in Hatboro.  He served his Maryland Apprenticeship at the Evans Funeral Chapels in Baltimore.  In addition to his Pennsylvania and Maryland licenses, he also held a West Virginia License.  He was a certified crematory operator from CMS.  He was a past president of the Capital City Funeral Directors and was their Vice President  He was a member of the Pennsylvania Funeral Directors Association where he served on the convention golf committee; raising funds for the Caring Place. He served on the Maryland State FDA Mortuary Disaster Team.  He was a partner at Crosswalk Church, a member of the Rotary Club of Waynesboro, Rouzerville Lions Club, Waynesboro Fire Dept as well as many other community clubs and committees.  His hobby was Little League Baseball Umpiring and he was inducted in 2013 to the Youth Baseball Hall of Fame as an umpire in Copperstown, New York. Unfortunately, Paul passed away on January 18, 2020 while surrounded by the people who loved him the most.

Angella is the wife of Paul Lochstampfor.  She is a graduate of Downingtown High School and holds a Bachelors Degree in Business, a Major in Finance and Managment, and a Minor in German from Towson State University, Towson, Maryland.  She went on to earn her Master's Degree in International Business, did a concentration study in International Management and Finance with her language of German.  She is the daughter of Ralph and Nancy Buckles who live in New Holland, PA since Ralph's retirement from the VA Hospital in Coatsville.  Angella has worked in management for Boston/Hanover Shoes, starting her career, and has worked for many corporations and government agencies over the years.  She earned her life insurance license in 1996 and opened Lochstampfor Family Services, Inc. with Paul as the Pre-need insurance agency for the Funeral Home.  In addition to all that she does at the funeral home; she opened a new business financial  consulting firm called Financial Change in 2013 .  She and Paul have two boys, Benjamin and Nathan Lochstampfor.

Nathanal "Nathan" Lochstampfor is the youngest of Paul and Angella's boys.  He helps on services and helps in the office with filing and other things. He is a Freshman at Grove City College to study business.

Robert "Bob" Crozier has been with the firm for over 17 years assisting Jim Nickel.  He lives in Landisburg.  He is a member of the Landisburg Vol. Fire Dept and St. Paul's Lutheran Church in Loysville.

Bill is married and lives in the Landisburg/Shermans Dale area of Perry County.  He is a member of New Life Assembly of God Church in Landisburg where he is active. 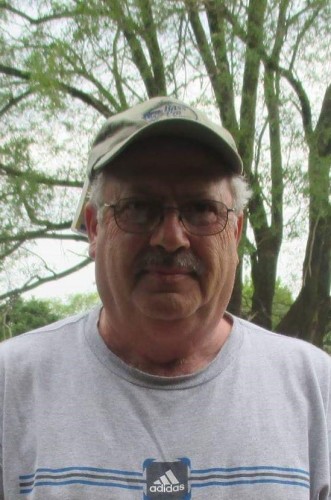 Carl Nace is married and lives in Landisburg, PA with his wife.   He is the Fire Chief of the Landisburg Fire Dept.   He is the former Sheriff of Perry County retiring in 2018

Bill is a retired pastor of the Good Shepherd United Methodist Church.   In his retirement for the past 12 + years he has served as the Senior Pastor of the Snyder's United Methodist Church.  In addition to his role as pastor, Bill has worked at the two funeral homes in Carlisle.  Bill is also a graduate of Pittsburgh Mortuary School, in Pittsburgh, PA.  He is married to his lovely wife Linda and has three daughters and grandchildren whom he loves dearly. Bill is also a Chaplain for the Carlisle Police Department.

A year of daily grief support

Our support in your time of need does not end after the funeral services.  Enter your email below to receive a grief support message from us each day for a year.  You can unsubscribe at any time.