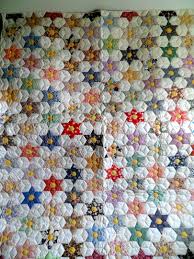 On Sunday, February 14, 2021 Olive LaRue (Moose) Martin, 101 left her Earthly home at Cumberland Crossings Rehabilitation and Retirement Center for Heaven.  She was welcomed into the loving arms of her Heavenly Father.  At that time, she was reunited with her husband of 68 years, Thomas Andrew, who died in September 2007 as well as her daughter, Joann Louis (Martin) Baer, who died in January 2015.

Olive was born on November 11, 1919 at home in Andersonburg to the late John Harvey and Lizzie Mae (Clouse) Moose.  Siblings, Ruth Ida (died after 6 months) and Lewis Raymond made the family complete.  In addition to her parents, siblings, husband and daughter, Olive was preceded in death by her grandparents, Lewis and Ellen Clouse and Lewis and Elizabeth Kessler, as well as a host of other friends and family members.

Those left to cherish the memory of Olive L. Martin include a son, John Calvin (Eden) Martin; a daughter, Linda Mae Martin (Alex) Touloumes; and son-in-law, Ronald Paul (Trulafaye) Baer, Sr., as well as 8 grandchildren, 17 great- grandchildren, and 8 great great-grandchildren.  Also, surviving, and important to Olive, are the across-the-yard neighbor, Mrs. Romoyne Shank, special friend, Beatrice Swarner, and a host of friends and former neighbors in Carlisle.  She was a lifelong member of Lighthouse Church of God (formerly known as Cavalry Road Church of God).

Olive learned at an early age to be a hard-working farm girl in Perry County by doing her chores.  She learned to sew from her Great Grandmother Kessler at the age of five by using a newspaper to cut out patterns and reportedly made most of her own clothes all her life, and even sewed lots of clothes for most of her grandchildren.

Olive reportedly made about 300 handmade quilts, at night after she was forced to retire for health reasons, but she gave most of those quilts away as gifts.  At the age of 94, she was seen working in her garden before she canned over 200 quarts of peaches.  She also canned tomatoes, carrots, green beans, pickled beets, pickled eggs, and deer meat that year.  The family reports remembering her making 6 or 8 pies in an hour at most holidays.  She was especially known for her “best baked beans around.”

During her lifetime, Olive reportedly worked many jobs including Swid Brothers, for Harold and Norman Swidler, the Pajama Factory, F.W. Woolworths, and she retired from the BonTon Stores as a Department Head overseeing 5 or 6 departments.

Olive loved to travel.  She and her husband, Tom, reportedly visited every state except Washington and Delaware.  It is reported that they spent three weeks on a trip out West one summer with daughter Joann and son-in-law Ron.  Another trip was a month long and Olive, Tom and a couple of grandsons traveled to Florida.  A different trip destination was New England with Olive, Tom, Joann, Ron and some of their family.  A memorable trip was when Olive and her dear friend, Margaret Smith, spent time visiting friends in Germany.

Because of her loving and caring heart, Olive spent much of her life being a Care Giver to multiple family members, including her father, brother, and daughter, as well as neighbors and church friends.

Funeral services for Olive LaRue (Moose) Martin will be held on Saturday, February 20, 2021 at the Lighthouse Church of God, 910 Cavalry Road, Carlisle, PA  17013.  A public visitation will be held from 9 to 10 AM, followed by the funeral service at 10 AM, officiated by the Rev. Dr. Randy Huber.  Interment will follow the funeral at Cumberland Valley Memorial Gardens.

In lieu of flowers, memorial donations made be made in Olive’s name to either the Lighthouse Church of God or a charity of your choice.

To send flowers to the family or plant a tree in memory of Olive L. (Moose) Martin, please visit our floral store.