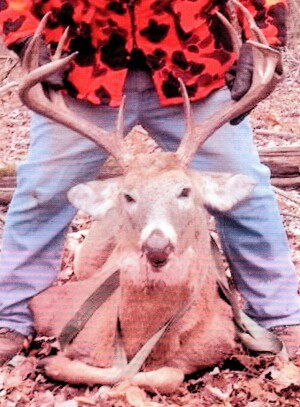 Butch honorably served his country in the United States Army from 1960 to 1963.  He received the Sharpshooters Badge (Rifle), 2/C GNR Light Machine Gun, Letter of Appreciation, and Good Conduct Medal.  Upon completion of his service, he was a truck driver, and retired from Roadway in 2005.  Butch was a member of the New Bloomfield VFW, Newport American Legion, PA State Hunters organization, Hunters Valley Sportsman Club, Overview Anglers Club, and Teamsters Local 776.  In his spare time, Butch loved to tinker on mechanical things, fish, hunt, camp with friends, and play cards; however, player be warned, Butch always won!

Funeral services for Butch will be held on Saturday, February 5 in the newly renovated chapel of Nickel Lochstampfor Family Funeral Home, Inc. in Loysville.  The viewing will be from 11 AM to 1 PM.  The funeral service will begin at 1 PM, officiated by Pastor Andy Meiser.  Interment will follow the funeral service at Restland Cemetery.  It was Butch’s final wish to take his “final ride” in his fishing boat instead of a hearse.  That wish will be granted.  In lieu of flowers, please make memorial donations to Wounded Warrior Project online https://support.woundedwarriorproject.org or by USPS at Wounded Warrior Project, PO Box 758516, Topeka, KS  66675-8516.

To send flowers to the family or plant a tree in memory of Charles L McDonel III, please visit our floral store.